Wherever You Live in Fremont, There is a Learn And Play Montessori School Nearby

The Montessori method of teaching young children preschool and kindergarten is extremely popular in Fremont, and at Learn And Play Montessori School we should know because we have no less than four campuses in the city. 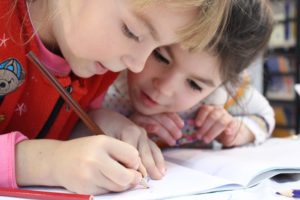 We started with one, and then expanded because of the demand, so we now have Fremont Montessori campuses in Irvington, Maple, Peralta, and Niles. Wherever you live in Fremont, there is one of our Montessori preschools near you.

The Montessori method is different from any other form of preschool, whether private or public, because it lets each child learn by exploring things in which he is interested. There is a large quantity of materials in each of the airy and light classrooms in our Fremont Montessori schools and the children can choose what it is that they want to explore. Rather than learning by sitting listening to someone talking, they learn by doing.

An analogy, perhaps, would be learning to swim. You can’t learn to swim by listening to someone talking: you have to get in the water and try it. However, you may not like being in the water – you might even hate it – and in the Montessori method if you don’t like to do it, you don’t have to. Our children can explore the things which interest them and which they enjoy doing, and as a result they learn to enjoy learning.

No Competition and a Great Learning Environment for Your Children

Furthermore, since the children are all doing different things and learning about them, there is no element of competition. Some children learn slowly, while others are faster learners. In our Fremont Montessori, the slower learners are not forced to try to keep up, while the quicker ones are not held back. They all work at their own pace and there are no prizes for coming first because there isn’t a “first”: they are all exploring their own paths.

Our teachers watch each child and see what he is doing and how he is getting on with it, and then at the point which seems appropriate will introduce the child to some more materials and ideas which he can then explore. Imagine enjoying learning compared with the way that you were very likely taught: you probably learned things so that you could pass an exam, and then having done so – or not, as the case may be – may have never used them since!